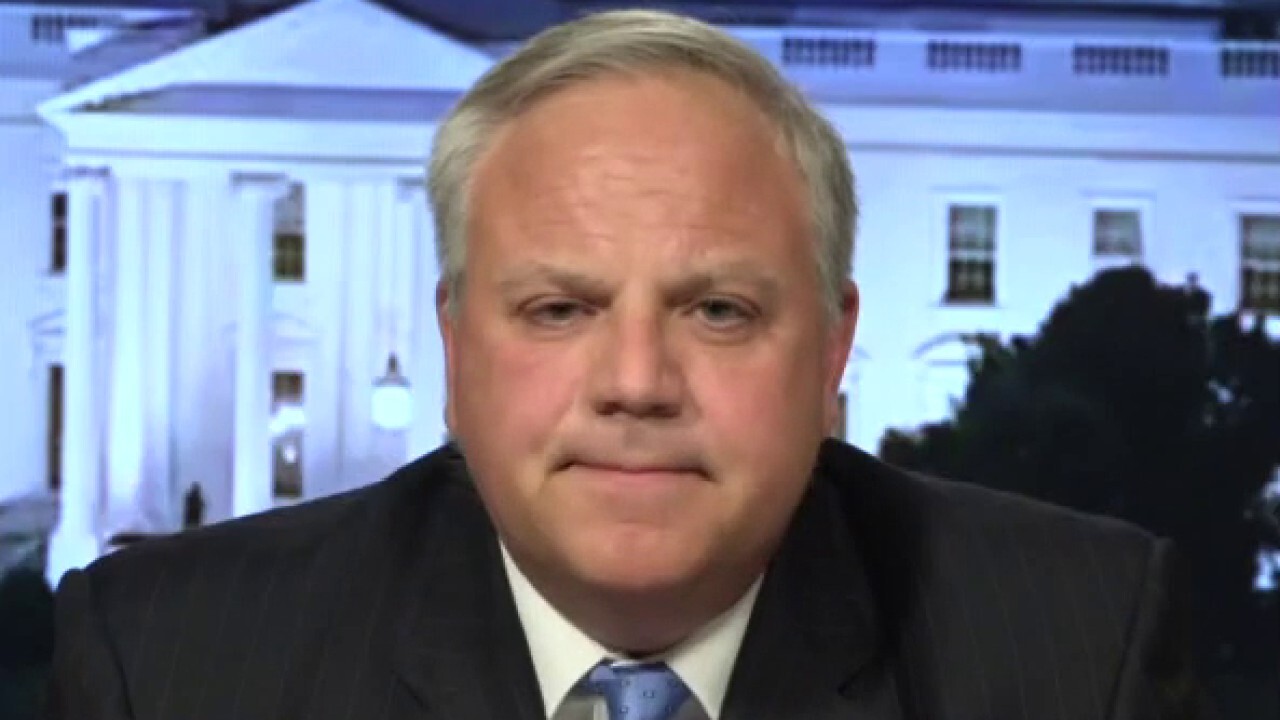 Interior Secretary David Bernhardt joined “The Ingraham Angle” Tuesday night, where he addressed plans to protect monuments on federal property, saying he has taken more measures to safeguard the artifacts.

“This evening, I requested from the secretary of defense that the National Guard be available to us to begin to redact additional monuments. Earlier today, I instructed the erection of a fence at Lafayette Plaza as well as at St. John’s Church. And we will protect these monuments and we will do it with the dispatch and severity last night,” Bernhardt said. “Our Park Police and the Metro D.C. Police, as well as the U.S. Secret Service uniformed patrol, did an excellent job in addressing the issue and rapidly protecting the statue. And those activities will continue.”

“These people are exceptional,” Bernhardt added. “They’re dedicated, and they are dealing with the savage, highly significant situation.”

Speaking at a “Students for Trump” event Tuesday inside a church in Phoenix, President Trump railed against the “oppressive left-wing ideology” and criticized the calls to remove statues of and monuments to controversial historical figures.

While groups for years have been calling for the removal of monuments to the Confederacy and other historical figures who espoused racist or xenophobic ideas, the movement to tear them down has gained new impetus following the death last month of George Floyd in Minneapolis police custody and the protests that followed.

“Well, first off, in terms of morale, these are some of the most dedicated law enforcement officials on the planet, and they are true professionals. They also, I must say, I was out last night with them, and I must say they have the patience of Job taking some of the stuff that they take. I couldn’t do it,” Bernhardt said. “But here is the reality: Many were injured… many are back on the job. And we are bringing in additional supplemental efforts and people and personnel, just like I mentioned, the Guard, to ensure that we provide all of the force and all the resources they need to do their job, which is to protect us and our property.”