I can understand the argument that we don’t have to be afraid of COVID-19, that it shouldn’t run our lives, and that in the past six months, the nation’s scientists have invented an armamentarium of medications that can cure anyone who gets infected. I’m not sure any of that is right—but I can understand it as an argument. What I can’t understand is the idea that returning from the hospital after dispatching this non-alarming and very mild flu is worthy of a movie suggesting that the patient must have had the courage of Achilles to face it down. Have you seen the video of President Donald Trump’s triumphant trip back from Walter Reed? You would think the man was returning from liberating Europe, not getting a steroid shot in Bethesda. I should make a movie about the time I went to urgent care for a UTI.

He could have stayed longer in the hospital. But our president could not tarry. Making America great again, again, again requires a man of action. On September 24, he endured nearly two minutes of getting booed while he paid his respects to Ruth Bader Ginsburg (he even wore the stupid mask to make the crowd happy, but there’s no pleasing these people), and two days later, he extended his tribute by ignoring her dying wish. After a lifetime of public service that had ended with her hearing oral arguments from her hospital bed, the justice had asked only one thing of her country: wait. Wait to fill her seat until “a new president is installed.” She had tried so hard to make it to the inauguration, but she couldn’t. It didn’t seem a big ask; if Republicans could deny Merrick Garland a confirmation hearing for 11 months, then surely—surely—they would be willing to wait until January before beginning a confirmation process. But this is not a do-nothing president, a sucker president. This is not Jimmy Carter issuing a press release about his hemorrhoids, or George H. W. Bush barfing in Japan. This is a president who knows how to close a deal, and fast. Ginsburg’s body had not even been interred at Arlington National Cemetery before he announced that he would nominate Amy Coney Barrett to replace her, which is exactly the kind of thing that drove Hamlet around the bend. (Horatio: “I came to see your father’s funeral.” Hamlet: “Don’t mock me.”)

[Read: The virus is coming from within the White House]

Just two days after the justice died, Mitch McConnell—he’s all heart—said there was plenty of time to nominate and confirm a new justice. (Obviously, he was right. As recently as 1969, a mere 51 years ago, Warren Burger was confirmed in 17 days. And who can forget James Byrnes in 1941? In and out, same day.) No one could have predicted that the nominating event in the Rose Garden—and the VIP events inside—would turn into an appointment in Samarra where at least 12 people might have become infected, including two of the United States senators necessary to confirm Barrett. (Daisy Buchanan: “It couldn’t be helped!” Michael Palin: “Nobody expects the Spanish Inquisition!”) But the catastrophe could easily have been prevented. The NBA has played an entire season without a single player getting infected. Millions of Americans have followed the simple recommendations repeated every night on television. There was no need to pack the crowd in so closely—there was no need to have an audience at all. And there was no need to make mask wearing optional. Still, the outcome was impressive: No one else has invited a Supreme Court nominee, her husband, and six of their seven children to the White House and nearly killed them.

One after another, people who were present at the ceremony have announced that they’ve got it. It’s like a roll call of the damned. Kellyanne Conway: present. Kayleigh McEnany: present. Mike Lee: present. In the court of the mad king, a positive test, and a presumed recovery, is perhaps essential for every courtier who wants to be in the inner circle. When you hear of someone at the top who doesn’t have it, you have to wonder about their commitment to the operation. I thought Stephen Miller was going to commit Seppuku but Tuesday he was able to confirm he has it, too. And it’s fine to have a little laugh at their expense—COVID-19 is political, and to many conservatives, including presumably those infected at the White House, getting the bug is nothing to worry about.

The Rose Garden event may come to be regarded as the most unscientific, and unethical, experiment in the world. If all of these people bounce back, maybe COVID-19 isn’t such a big deal. If several of them don’t fare well, then the liberal inclination to take it more seriously is justified. Either way, it would be an experiment of zero statistical value, but this event has captured the attention of the nation, and these outcomes will count for more than they should—more, for some, than the evidence of 210,000 dead.

But the Rose Garden wasn’t the only place where people were infected. During four days of debate prep (the worst debate prep in history, but that’s another matter), Chris Christie got it. Will the man ever learn? When has his relationship with Trump ever brought him anything but misery? Some people are drawn to bullies. They have a need to endlessly repeat the suffering of their childhood, always hoping for a different outcome. To see a healthy and chipper George Stephanopoulos, sitting in his neon bright Good Morning America studio interviewing a pale and clearly anxious Christie, quarantined in Jersey, was heartbreaking. “No one was wearing masks,” he said of the four days he had spent with the president, and you weren’t sure whether he was angry about it or maybe a little bit proud of it; at last he’d been given a seat at the cool kids’ table.

[David A. Graham: Trump takes off the mask]

Back at the White House, more and more staffers, including some of the below-the-line workers, are testing positive. The Residence has hired a “‘well-being’ consultant,” whom “staff members can speak to anonymously, specifically to focus on mental health concerns.” Line forms to the left.

Throughout his ordeal, the president has been fully transparent. What happened was, he didn’t feel so good. And when it came to going to the hospital, he’d had no choice. He couldn’t just stay in the White House, couldn’t just stay upstairs and not go anywhere—because that’s what they wanted: “Don’t see people. Don’t talk to people.” But that was impossible. He had to be out front. He couldn’t stay locked up in a room, totally safe. Couldn’t just say, “Hey, whatever happens, happens.” This is the most powerful country in the world, and as a leader, you have to confront problems. There’s never been a great leader who would have stayed upstairs! He had to stay out front. And so Trump exchanged his suite of rooms in the White House for the six-room presidential suite at Walter Reed. What happened was, the president could not hide.

Our leader has learned a lot about COVID-19. He’s gone to the “real school,” not the “let’s read a book” school. The upcoming therapeutics are, frankly, miracles. They’re miracles coming down from God. And, by the way, Melania is doing very well. Melania is “handling it statistically, like it’s supposed to be handled.” Because a leader doesn’t stay with the same ball and chain he started out with. A leader gets someone like Melania, who’s just a “tiny bit” younger. (Wink!) Melania has a lot of respect for this country, a lot of love for this country.

The president tweeted, “I feel better than I did 20 years ago!” The president said, “Maybe I’m immune, I don’t know.”

What Trump is selling now is the old lie: What you really need to conquer illness—more than miracle therapeutics, more than dexamethasone, more than anything the Poindexters can provide with their “let’s read a book” school of clinical trials and FDA approvals—is the right attitude. You need to be lionhearted, invincible, stronger than the illness. People say a version of this all the time. Get diagnosed with cancer and half the people who find out will tell you, “It’s all about attitude. You have to have the right attitude.” On the other side of this endless conviction about attitude, about “fighting,” about conquering illness with your thoughts, is the child who loses his mother and works out in his mind that she must not have loved him enough to fight for him, to be courageous. If she had loved him, she would have come choppering home to him, healed and perfect. On the other side of this are the families of 210,000 Americans, some of whom were found dead in their apartments, some of whom died alone in hospitals, some of whom were stacked in refrigerated trucks, and some of whom were the doctors and nurses who cared for the sick and the dying. On the other side are devastated people who don’t need lies from their own government.

Here’s what a doctor—one who went to a “let’s read a book” school of medicine—told me at the beginning of all this: “Be very careful. We don’t know what we’re dealing with yet.” 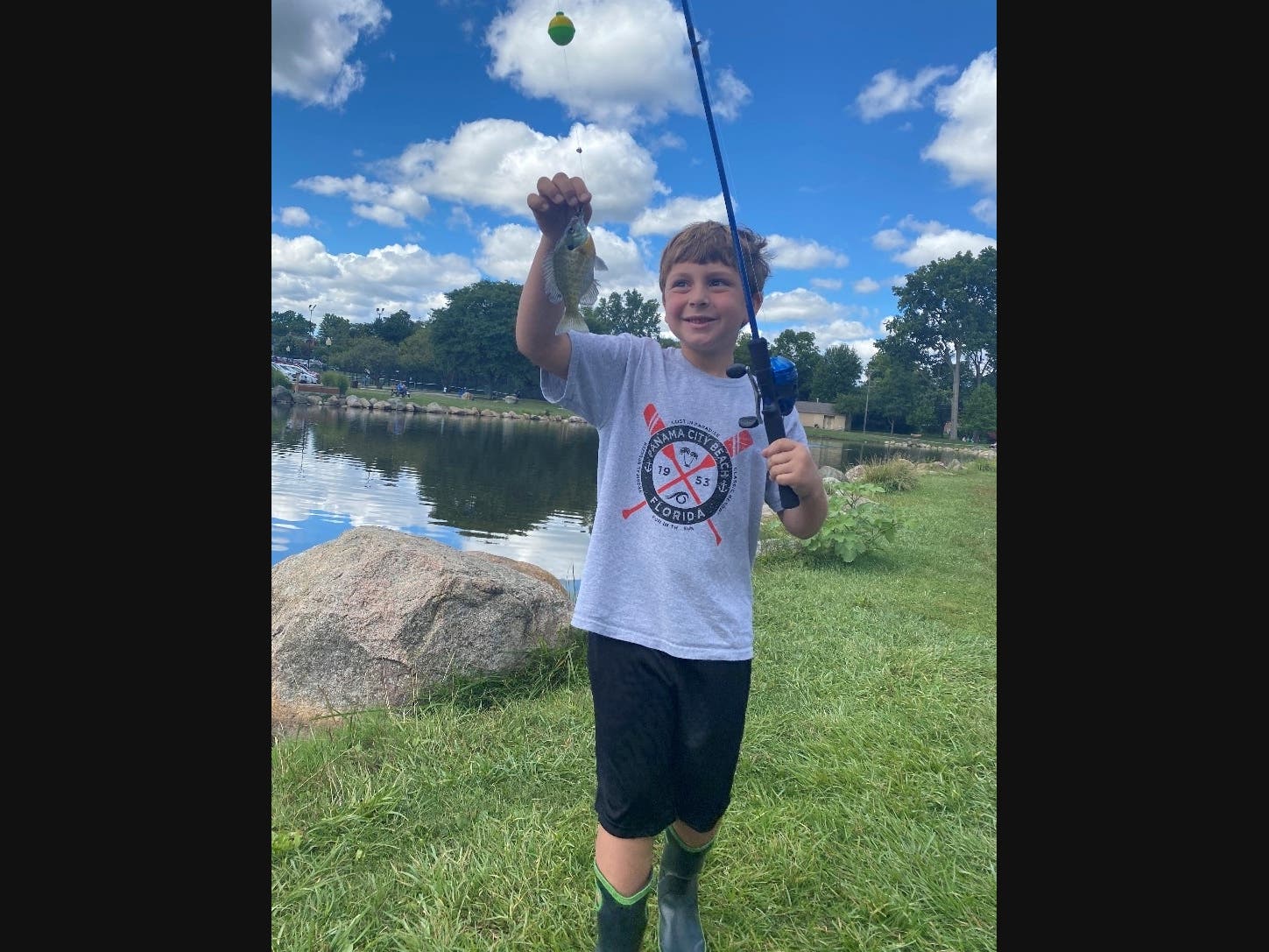