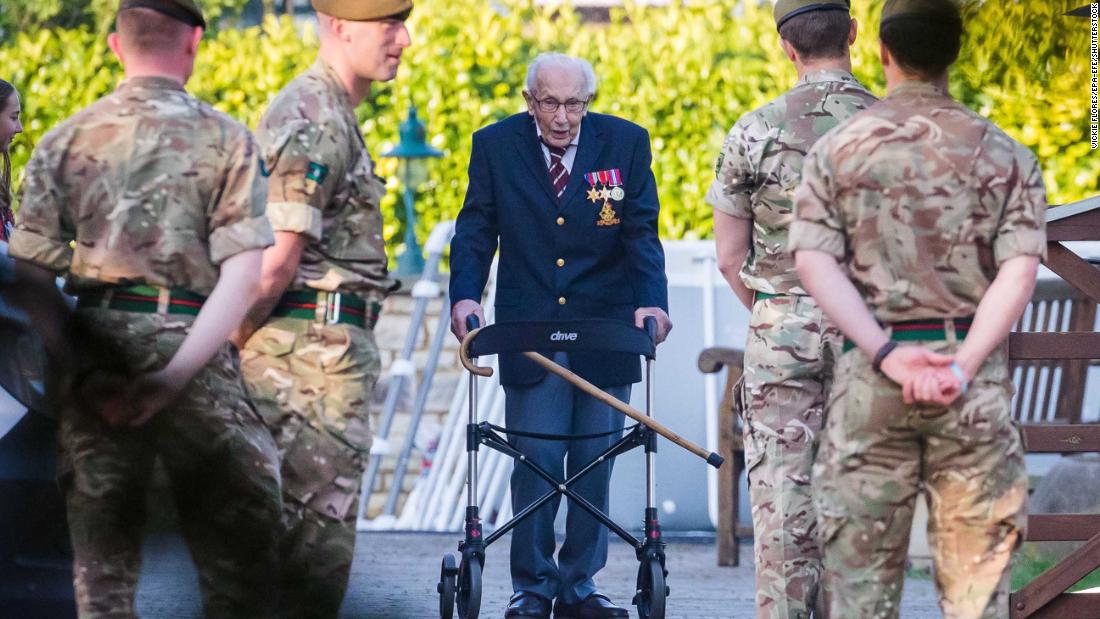 Moore walked the last 10 lengths of his garden on Thursday morning, aided by a walking frame.

Soldiers from the 1st Battalion Yorkshire Regiment gave Moore a guard of honor as he completed the final lap.

Moore began the fundraiser on April 8, initially hoping to raise £1,000 for NHS Charities Together, which raises funds for UK hospitals, including for staff, volunteers and patients affected by the coronavirus crisis.

Ellie Orton, chief executive of NHS Charities Together, said Moore was a “true inspiration” and thanked those who had donated.

“What he has achieved in bringing people together, and highlighting the appeal, has been remarkable,” Orton said in a statement.