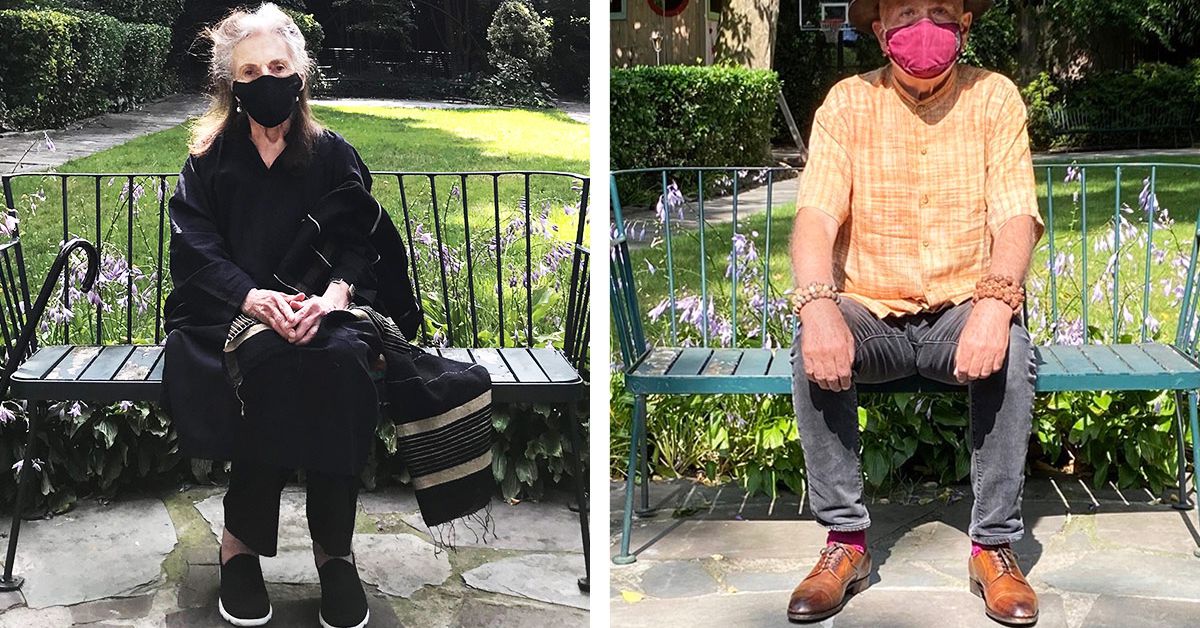 Painters Pat Steir, 80, and Francesco Clemente, 68, have been neighbors for three decades and friends for even longer. They’re from a generation of artists who came into their own during the 1970s and 1980s and settled in then-raffish parts of town which have since become almost unbearably polished. Steir, who once wryly told the New York Times that she’d been “forgotten and rediscovered many times,” has a new documentary about her life and work. Clemente has had a steady and successful career. They live across from one another at the MacDougal-Sullivan Gardens, a courtyard in Greenwich Village that you can only access from the townhouses surrounding it. Inside, you’ll find a stone path looping around a lawn and very tall trees.

“When we moved in there in 1990, I sort of elbowed my way into controlling the garden,” Steir says. “So I planted, with the help of two other