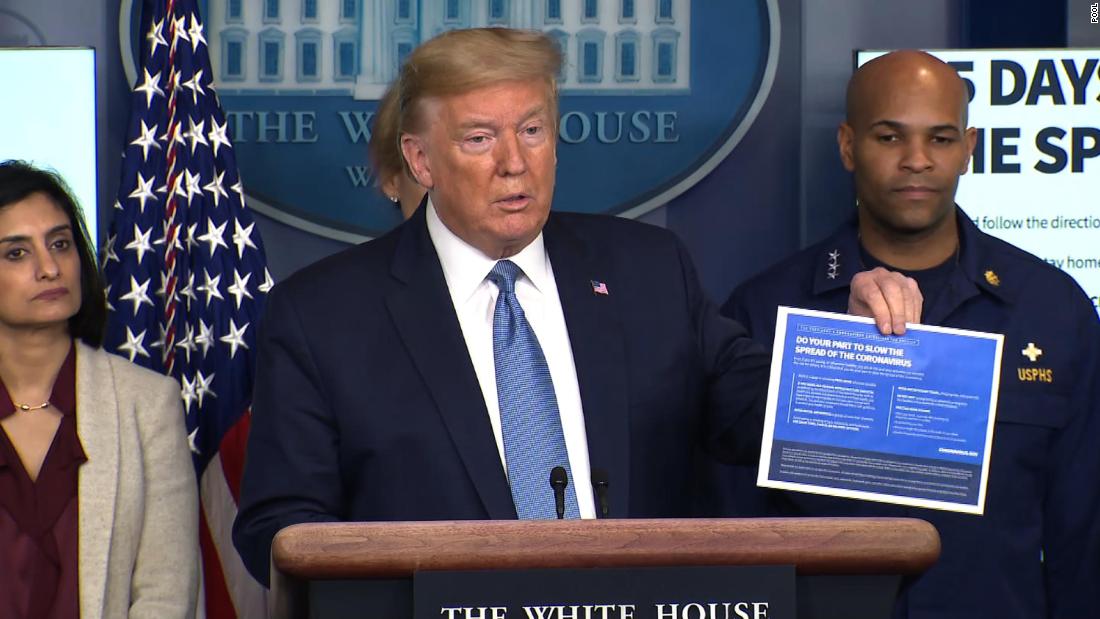 White House advises public to avoid groups of more than 10, asks people to stay away from bars and restaurants