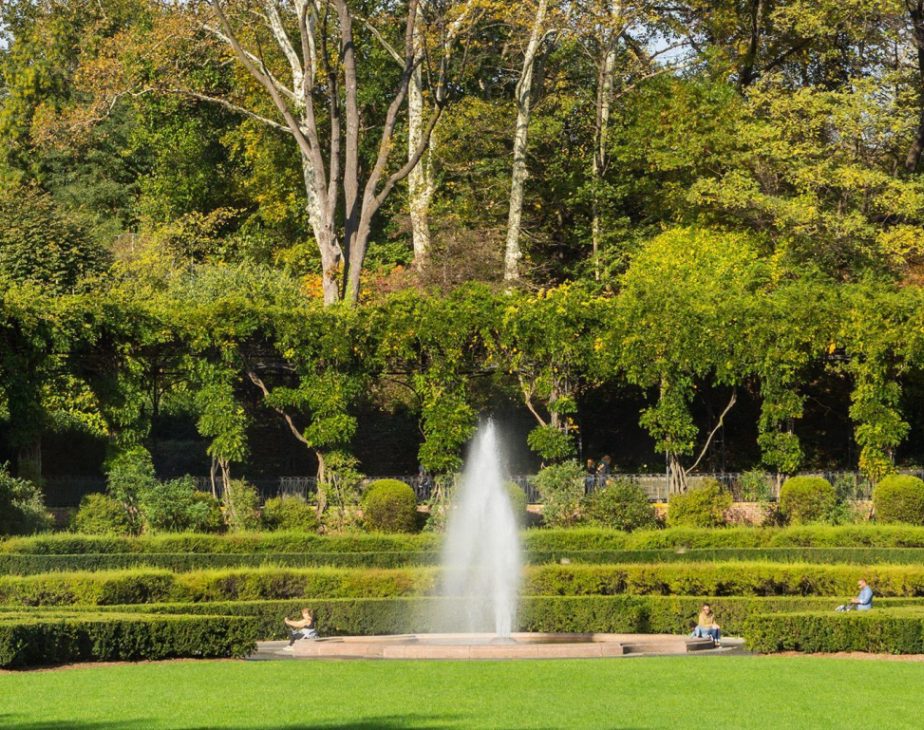 Central Park’s 6-acre formal garden is an oasis within an oasis with an especially grand entrance. Located at 105th Street and Fifth Avenue, the magnificent wrought-iron Vanderbilt Gate was made in Paris in 1894 and originally stood at Fifth Avenue’s Vanderbilt Mansion.

Through the gate is the Italianate Center Garden, which features a large lawn bordered by yew hedges and a 12-foot jet fountain with stairs leading to the majestic Wisteria Pergola. On either side stand exquisite allées that showcase rows of crabapple trees, bursting with pink and white blooms every spring.

To the north, the French-style Garden offers spectacular seasonal displays of tulips each spring and Korean chrysanthemums in autumn, all within an ellipse of Japanese holly. At the Garden’s center stands the Untermyer Fountain, featuring the Three Dancing Maidens by German sculptor Walter Schott.