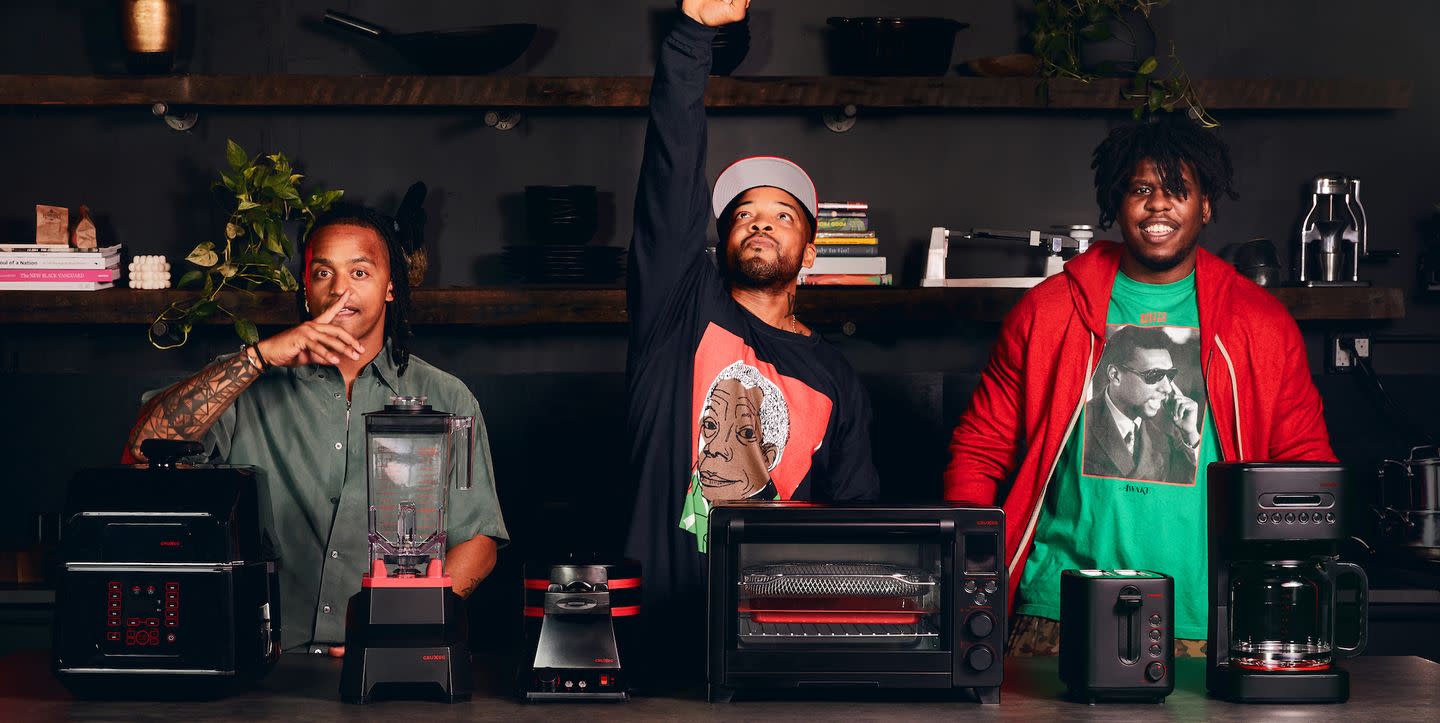 This new bold kitchen collection won’t just stand out on your countertops, but will raise awareness about social injustice issues, too: Williams Sonoma just launched its new collection CRUXGG. Created in collaboration with Bronx-based cooking collective, Ghetto Gastro, and kitchen design and manufacturing company, CRUX, the collection features seven sleek simple-to-use appliances like the BRED, a two-pound bread maker, or the TRNR, a double-rotating waffle iron.

But what makes this collection so unique and powerful is the work Ghetto Gastro does behind the scenes. The collective started as a group formed to showcase the culinary excellence of the Bronx, but later added social injustice to its agenda and dubbed itself the “Black Power Kitchen,” according to its Instagram page. Founded by South Bronx natives Jon Gray, Lester Walker, and Pierre Serrão, Ghetto Gastro works to empower, educate, and 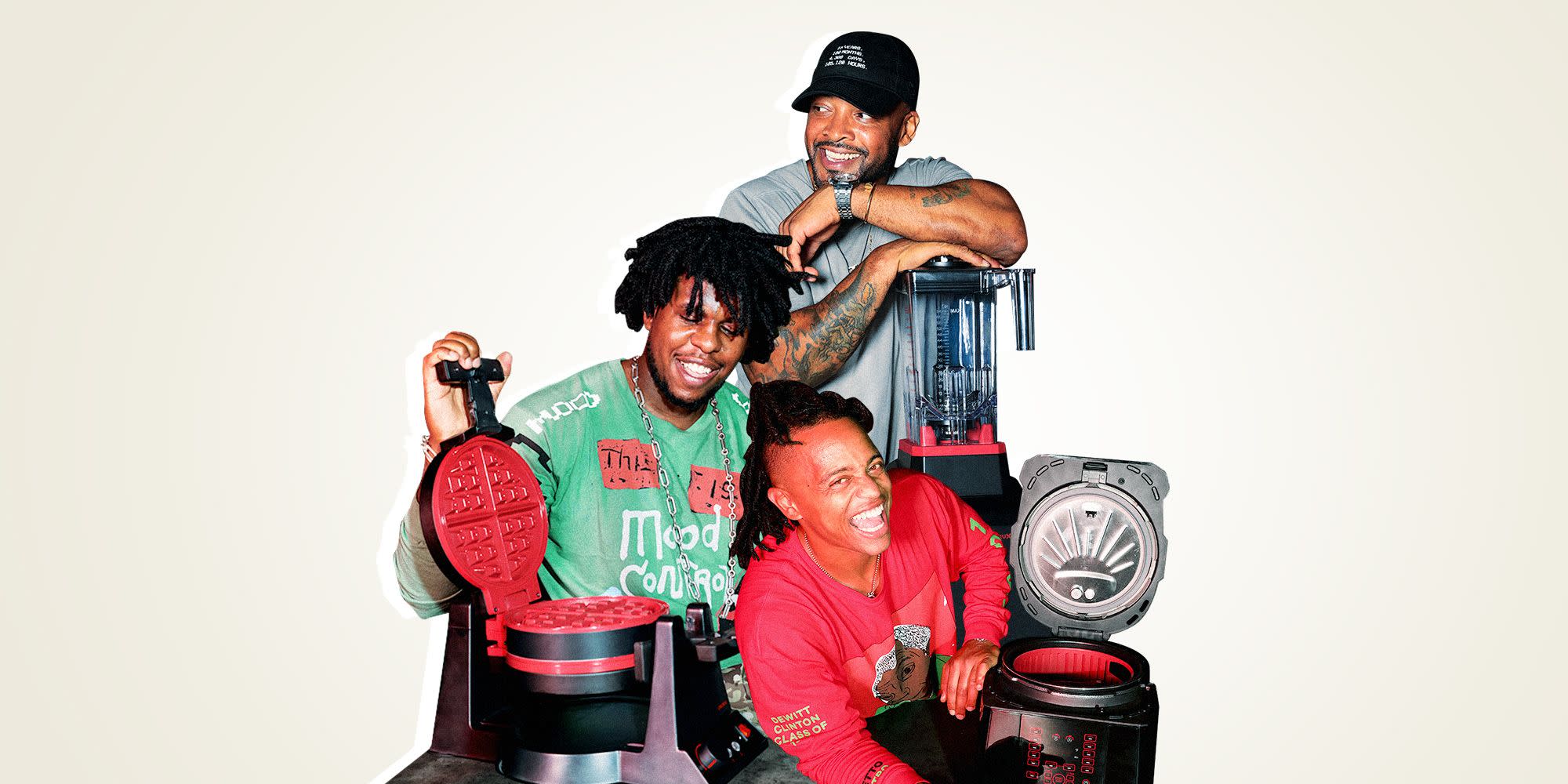 A recent photo on Ghetto Gastro’s Instagram shows an olive oil-laden cake, finished in a crisscrossing pattern of white LVs and four-pointed stars—the Louis Vuitton Damier. “Eat up the drip,” Ghetto Gastro co-founder Chef Lester Walker captioned it. Before that, the team was advertising an Instagram Live hosted by themselves and Samin Nosrat, the woman who reacquainted us all with the wonders of salt, fat, acid, and heat, for New York Times Cooking. Tonight, Ghetto Gastro’s got Matty Matheson of Vice’s Munchies fame talking with co-founder Jon Gray about his new, homestyle cookbook in a virtual event put on by the Strand bookstore in New York.

The collective, which began in part to showcase the culinary excellence of the Bronx, has cemented itself as the “Black Power kitchen of tomorrow,” intertwining the issues of racism with food insecurity, to name just one talking point. It disperses cooking vibes, urges followers