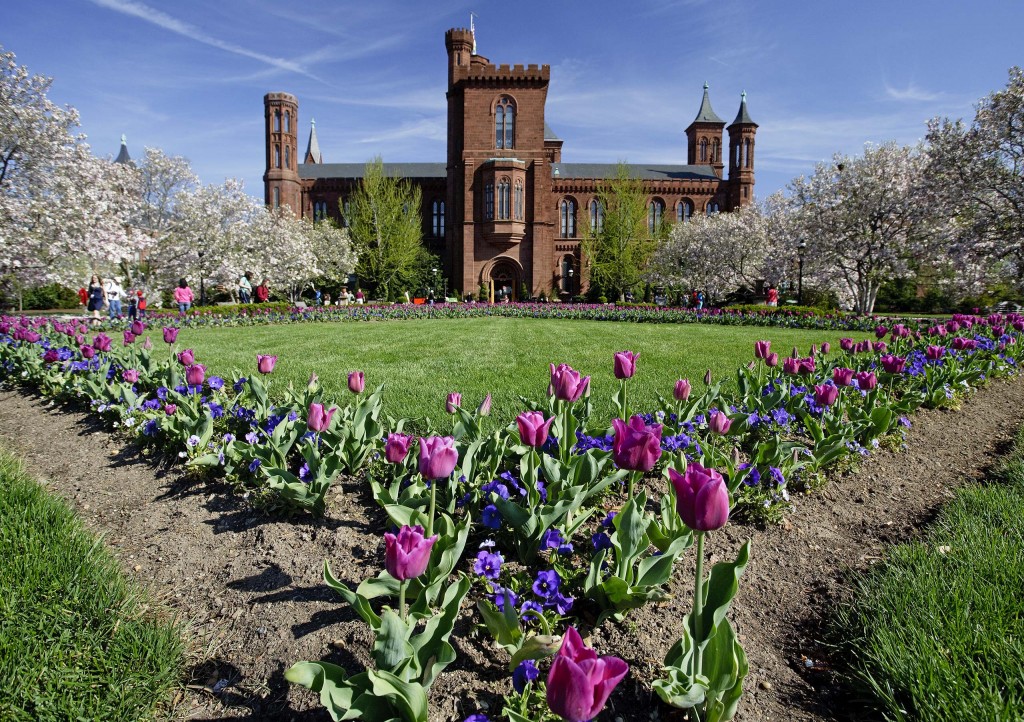 Covering over four acres, the Enid A. Haupt Garden is situated between the Smithsonian Castle and Independence Avenue and has provided a welcomed respite for Smithsonian visitors since it opened in 1987 as part of the redesigned Castle quadrangle. Composed of the Parterre, the Moongate Garden, and the Fountain Garden, the Haupt Garden’s design brings together the cultures and architecture of the surrounding museums and buildings.

While wandering its brick paths, admiring the parterre and hanging baskets, or enjoying the sound of splashing fountains, few visitors to the Haupt Garden realize that they are standing on the roofs of the National Museum of African Art, the Arthur M. Sackler Gallery, and the S. Dillon Ripley Center (International Gallery).

The Parterre, the centerpiece of the Haupt Garden, is a carefully manicured garden with a changing palette of colors, shapes, and textures. Because formal parterres are typically associated with the