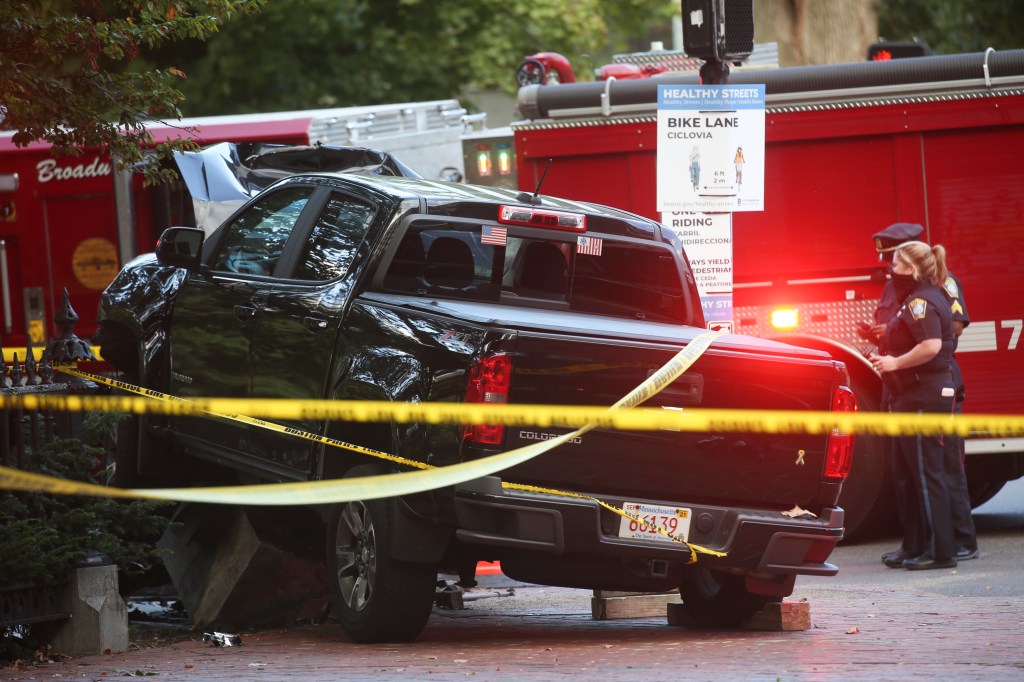 A 58-year-old Boston man is being arraigned today on charges he stole a pick-up truck and crashed it next to the Public Garden seriously injuring a woman who was walking near the scene Thursday afternoon, police announced.

Police said they arrested Keith Andrade once they spotted him Thursday night hours after the afternoon crash in the area of Washington Street and School Street. The victim remains in critical condition with life-threatening injuries, police said today.

Andrade also had two active warrants out of Boston District Court for larceny from a person.

As the Herald reported Thursday, a woman walking around the Public Garden suffered life-threatening