Have you hovered over a toilet seat in a public restroom, desperate not to touch it?

Chances are good that you have. Americans are so grossed out by the thought of touching things in public bathrooms that 64% of people who use them flush the toilet with their feet, according to a 2013 survey, and 60% use paper towels to open bathroom doors. Several studies over the years have revealed that scary-sounding bacteria and viruses cover the surfaces of bathrooms.

But there’s a lot you don’t know about the germs that lurk in the bathroom. Here are four surprising facts about the germs you encounter in restrooms at and away from home.

The germiest spot isn’t the toilet

It’s actually the toothbrush holder. In a study in 2011 on household germs, conducted by the global public health and safety organization NSF International, researchers tested 30 surfaces—six of which were in the bathroom—in 22 homes for the presence of bacteria, yeast and mold. While 27% of toilet seats contained mold and yeast, 64% of toothbrush holders did. Of the toothbrush holders, 27% had coliform (an indicator of potential fecal contamination) and 14% had staph.

“The toothbrush holder often has many of the factors germs need,” says Lisa Yakas, a microbiologist at NSF International. “It is dark, damp and not cleaned as frequently as it should be.”

But that doesn’t mean you should freak out about your germy bathroom, says Sean Gibbons, an assistant professor at the Institute for Systems Biology, a nonprofit research institution in Seattle. Coliform tests detect fecal contamination, but coliforms are not usually pathogenic.

Bathrooms are full of viruses

In a 2014 study in the journal Applied and Environmental Microbiology, Gibbons and his colleagues tested different parts of two women’s and men’s bathrooms on a college campus—the toilet seats, soap dispensers and the floor around the toilets—to understand how the microbial community changes and develops over time. They found Staphylococcus, human papillomavirus (HPV), herpesvirus and E. Coli, among other bugs, in the public bathrooms.

Using data from home bathrooms in the Home Microbiome Project and past research, Gibbons and his colleagues were able to see the same general trends. “Most of the bugs on these surfaces are coming from humans. Almost all humans are carriers of HPV and herpes,” Gibbons says. Only about 15% of what they found was fecal bacteria.

There are health risks associated with these germs, and some of the germs could be pathogenic—but chances are you won’t catch anything, as previous research has indicated. Most gut bacteria don’t survive when they leave the body, so the fecal bacteria that show up in places like bathrooms are dead, Gibbons explains. “There is minimal to zero risk,” he says. “[Most people] are healthy enough to prevent it from hurting it us.”

Germs can spread all over the bathroom

Most bathroom germs predictably start in the toilet, but they can easily spread to other parts of the room (like a toothbrush holder). “Over the course of a day, the first thing that shows up is fecal bacteria—microbes from your gut—transmitted to the toilet seat and things like that. But those bacteria actually do poorly on those surfaces,” Gibbons says. 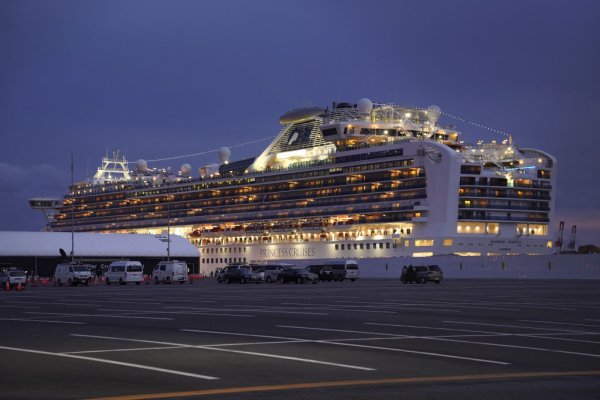 Thanks to an aerosol effect that happens when you flush a toilet with the lid up, bacteria can land on damp, dark places and thrive. “An exposed surface may be too dry for bacteria to grow. But a dark, moist environment, like a toothbrush holder, can support much more microbial growth,” he says.

In the NSF study, faucet handles were the second-dirtiest spot in the bathroom. 27% of faucet handles tested positive for yeast and mold, 9% for coliform and 5% for staph.

Even drying your hands can spread bacteria

Several studies indicate that bacteria spread when using automatic hand dryers. A study published in 2018 found that hot-air hand dryers collect bacteria from the air and then spread those germs onto freshly washed hands, and a 2015 study concluded that jet-air dryers spread 60 times more bacteria than warm dryers and 1,300 times more than paper towels. What’s more, hand-drying facilities in public bathrooms have been found to harbor bacteria that’s resistant to at least one antibiotic, according to research published in 2019 in the journal Antimicrobial Resistance and Infection Control.

But there’s also some debate, as The Verge reported, about whether paper towels are actually more sanitary. Dr. Amesh Adalja, an infectious disease physician at Johns Hopkins Center for Health Security, says it may not matter that much.

“There have been studies that show that hand dryers can disperse bacteria in bathrooms to a high degree,” he says. “However, much of the focus is misplaced as it is impossible to avoid acquiring ‘germs’ in everyday life. I personally use paper towels not for any sanitary reasons, but because it is quicker.”

What’s clear is that you should wash your hands frequently (and probably use paper towels from a motion-detected dispenser) to avoid spreading these germs, especially before preparing food. According to the Centers for Disease Control and Prevention (CDC), fecal bacteria can spread and make people sick if you use the toilet and don’t wash your hands.

Get our Health Newsletter. Sign up to receive the latest health and science news, plus answers to wellness questions and expert tips.

For your security, we’ve sent a confirmation email to the address you entered. Click the link to confirm your subscription and begin receiving our newsletters. If you don’t get the confirmation within 10 minutes, please check your spam folder.